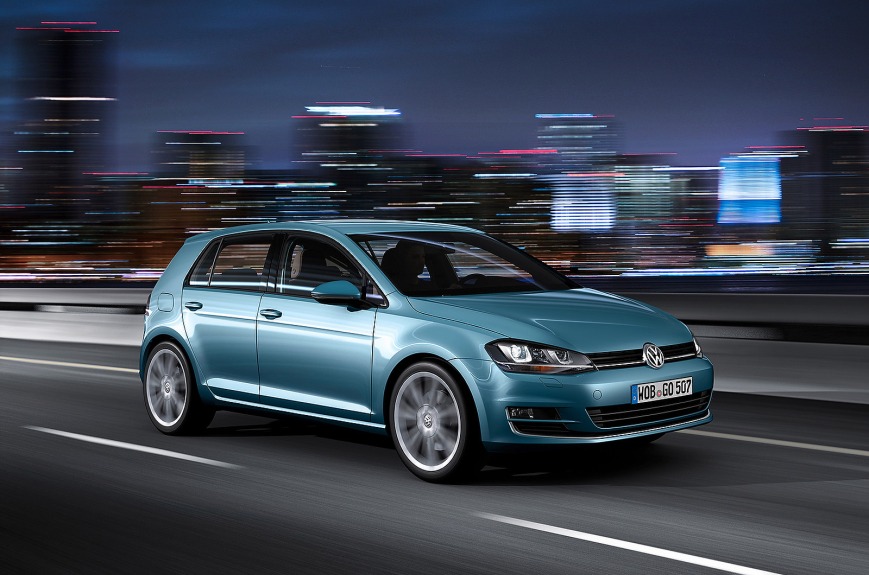 I was looking for a cool pic of my car, and got distracted with the 2013 Golf… Pretty!

Way back in 2004, when I bought my Golf TDI brand new and I was going over the options I wanted with the salesman, I remember being adamant about no accessories except the moonroof (power windows and locks are all standard on VWs).  Apparently, turbo diesels were a hot item at the time, and when they found one available, it also had the upgraded Monsoon sound system and heated seats.

I rolled my eyes at this, because I did not need heated seats!  What a highbrow accessory!  Pfft!

But they offered me a good deal I could not pass up (and my Cavalier was already sold and waiting for me to hand over the keys, so that helped in the decision too).  So I “settled” for heated seats.

As it turns out:

I love my car, but in the winter, it takes a long time to heat up.  There is no starting it and letting it warm up before I leave the house – it would still be an icebox in there and just bad for my engine.  (Yes, leaving your car to idle is bad for it.)  In fact, in the dead of winter were I to drive it until it warms up and park for a few minutes (which is not often, cuz it is still bad for it) – my temperature gauge actually drops.  In the same respect, if the weather is awful and I am not maintaining at least about 50 mph, my car never heats up fully.

The heated seats warm up much faster than my car does.

What does this have to do with anything?  Nothing really, just things I think about as weather gets colder.  I have to keep my brain occupied somehow.  Add to that my car was at the shop for an oil change yesterday and I spent the day driving Mom’s and my boss’s cars and I was really happy to get it back.  😀  Yay, run-on sentence!

I do have some actual updates, though. A wee bit dramatic, are we?

I think I may have gone beyond what was healthy for me while working on my Laz and Effy stories.  Two stories in one week may have been too much for me.  As a result, I have been thinking way too much this past week, and it dissolved into some self-pity over the weekend.

Luckily, Ranico yanked me back out of that self-pity and “made” me do some Challenge Modes.

But here is an idea, musically, of what my mood has consisted of.  Basically, the week started mostly normal (for me, as least), trying to listen to cheerful music.  As the week progressed, I finally gave in to the sappiness.

Monday – R&B station: Love the Way You Lie, by Eminem (with Rhianna)

Wednesday – 80’s station: The Promise, by When in Rome

Thursday – One of my lighter Techo stations: Days Go By, by Dirty Vegas

Yah, it has been a long time since I listened to Oasis, but I created an Oasis Pandora station.  <sigh>  The Gallagher brothers are annoying as all heck, but they make good music.  I listened to them pretty heavily in high school.  (I am not dating myself too much, am I?)

I could go into more detail about what has been on my mind, but I really think I have been whining on my blog too much.  😦 It seems I am behind in Challenge Mode updates.  Last week, we conquered Shado-Pan Monastery, and this weekend it was Stormstout Brewery. 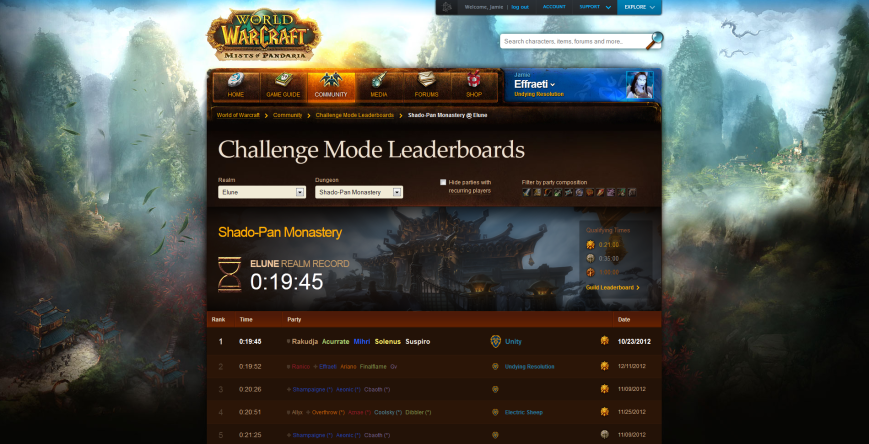 Shado-Pan had some rough spots, but it was actually easier than I expected.  Coordination was key.  I like being able to contribute a well-placed stun here and there. Stormstout was pretty harsh in a few different places, but we made it through.  And I DPS’d!  (For the last boss…)

Will Raid for Pets! One more sacrifice of the Rogue (darn MC!) – 15 more minutes waiting for Nef to respawn…

No pet updates last week, so I have some catching up to do there too.  Oh heck, I will just update with pics.  🙂 Stitched Pup – YAY! I got my stitchy pup! Giant Bone Spider – Eh, he is kinda cute, for a spider. Viscidus Globule – Still could not solo this guy with Effy, sat at 1 HP forever… But Caer has no issues. Corefire Imp – I was very happy to get this lil guy! He bounces!

The only dungeons I have left now are Molten Core and Blackwing Lair.

So yesterday was the day we all found out for whom we get to create a super secret blog post.  Commence blog-stalking!

If you are curious, check out all the participants on Red Cow Rise!

I spent some time while moping over the weekend trying to be semi-productive.  It did succeed somewhat.  I updated the pages on my blog, adding stories where they should be and adding ALL of my characters’ transmog from both here and Effy’s RP.

I think that is pretty exciting.  I have more stories and transmog outfits on the way soon too!

Last, and Most Cool I also received a Winter’s Veil present over the weekend from the lovely and generous Navimie!  ❤  My new pet accompanied us on our whole Gold run through Stormstout.  🙂