I wonder if FInal has ever thought of using his pet as a mount? Hmm

After posting Pawnfu’s set and having a talk with Finalflame while he was putting together his pieces in an email to me, I realized that I could do similar to what I did with Pawnfu and post a bio piece Final wrote.  This was written back when I first started working on Descending Twilight, and I was getting raider bios to assist me.

I am a deadly hunter, knocking down enemies thanks to my prowess with a bow. I am a dwarf who enjoys the solitude of the snowy mountains, as well as the hourly keg of ale. I am a highly skilled engineer, able to come up with a complex machine at a moments notice.

I have slayed numerous dragons and creations, without thought for my own safety. I have traversed the world in search of rare creatures to fight alongside me. I have knocked down thousands of demons, giants, beasts, elementals, that have tried to stop me.

I have helped hundreds of people, some of whom I had never met before, so that they too can live in happiness. I have swam deep oceans in search of long-lost items that were of little value to me. I have done numerous jobs throughout Azeroth for just the satisfaction of knowing that the job is done.

I am the dwarf you rarely see, but always hear about. I am the hunter that is off saving Azeroth from whatever evil is plaguing it. I am the hunter who spends time in the wild bonding with my companions Mavros, Iktomi, Liekos, and Firstflame, to name a few.

I am Finalflame, the dwarven hunter, the destroyer of all evils.

Final joined UR not long after I did, and he has since been a staple to our raids.  He is now also a companion of mine in Challenge Modes!  I trust him implicitly, as he is an excellent Hunter and a fine fire-dancing raider.  🙂

Final’s set is also based on the Rift Stalker set, similar to Kaygome’s, but he uses different accessories, illustrating how even some of the exact same pieces can be used to create something quite different!  The biggest differences are the goggles – showing off Final’s tinkering skills – and his crossbow.

I did notice Final’s boots are unmogged.  Overlooked or part of the grand scheme?  I will have to ask!  Either way, I think the red between them and the goggles are just enough to work.  🙂 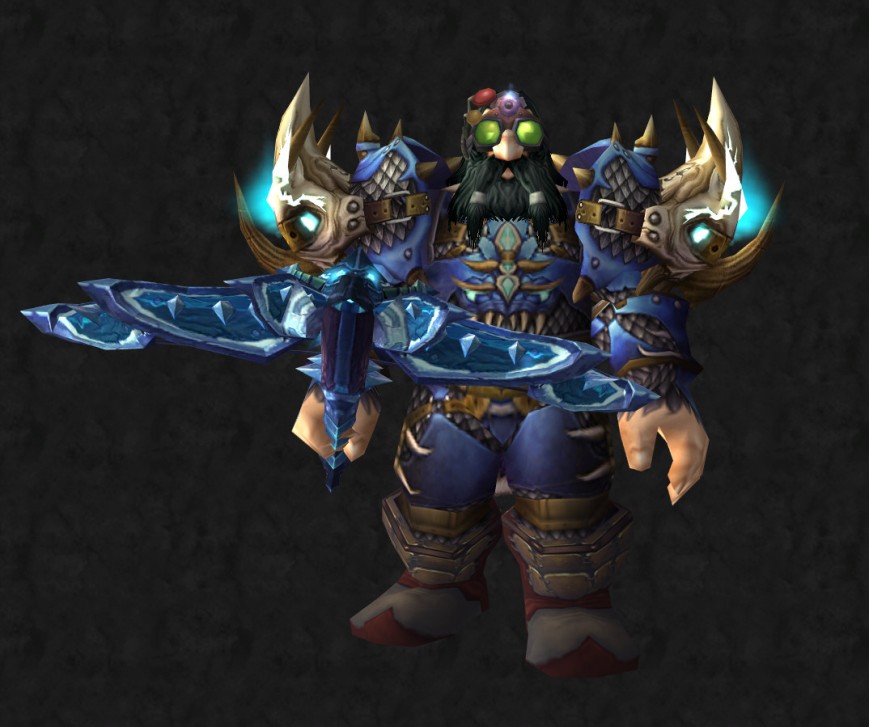 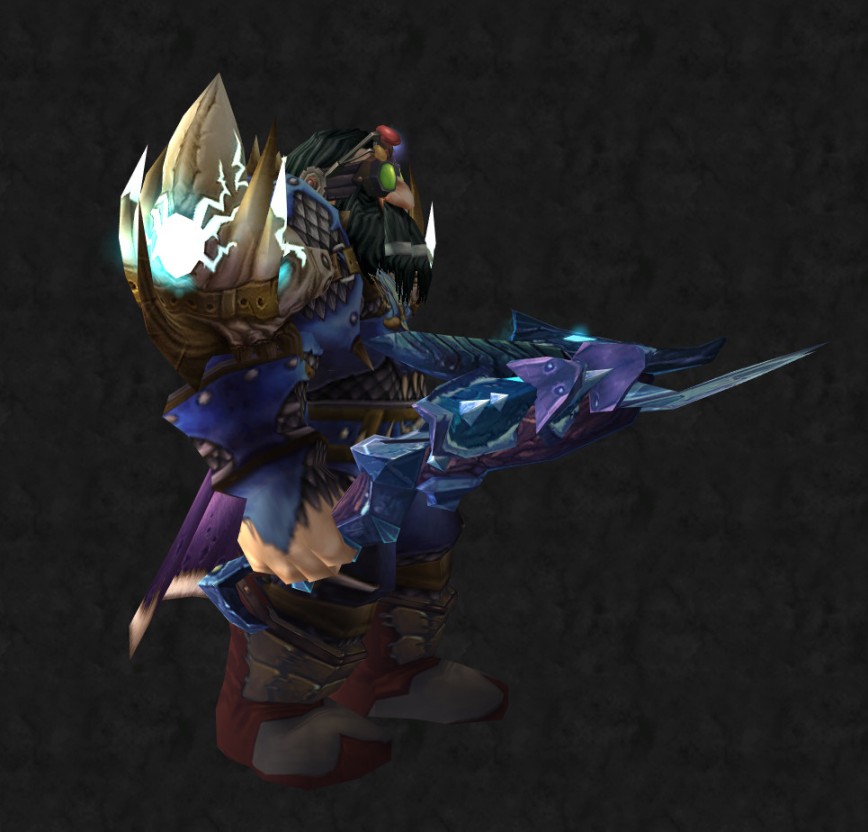 Final about to ride off into the snowy sunset!

2 thoughts on “UR Style: Finalflame”