I have been playing World of Warcraft for over three years now.  One thing that has been looming over head that entire time is completing all of the holiday world events.  I was very passionate and excited about them that first year I was playing, but it seems those which got missed initially still haunt me.  They dangle that carrot of the Violet Proto-Drake just out of reach, taunting me.

Noblegarden and Children’s Week both came upon me as I was still leveling Effy, and so in the grand scheme of things, they seemed less important than seeing the wide world and discovering what this end game people talked about so highly in WoW was all about.

So it has taken me this long to get back to focusing on holiday achievements, along with much grumbling on my part, I have noticed.  heh

Noblegarden in particular was a lot of work.  So I have decided to inundate you with the screenshots of my accomplishments.  🙂

I set about gathering all the items Effy would need for the other achievements.  In the process, I came across some achievements that were nice to get but not for the meta. 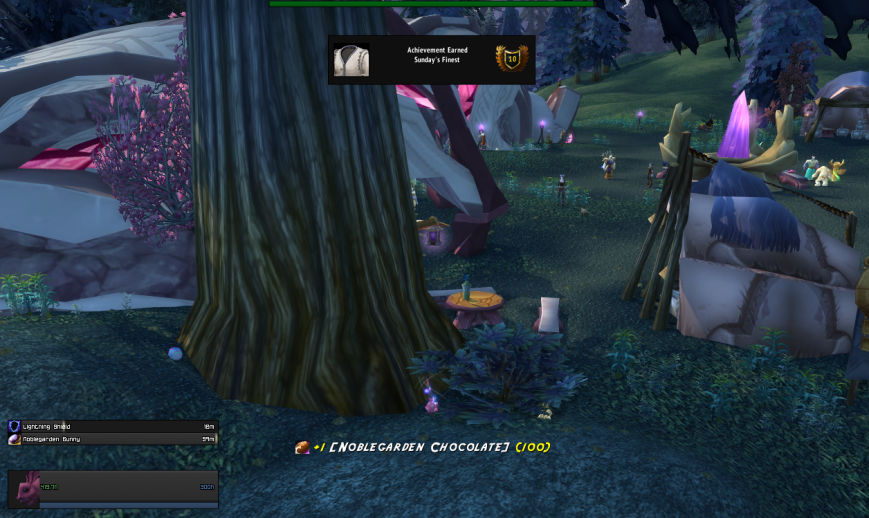 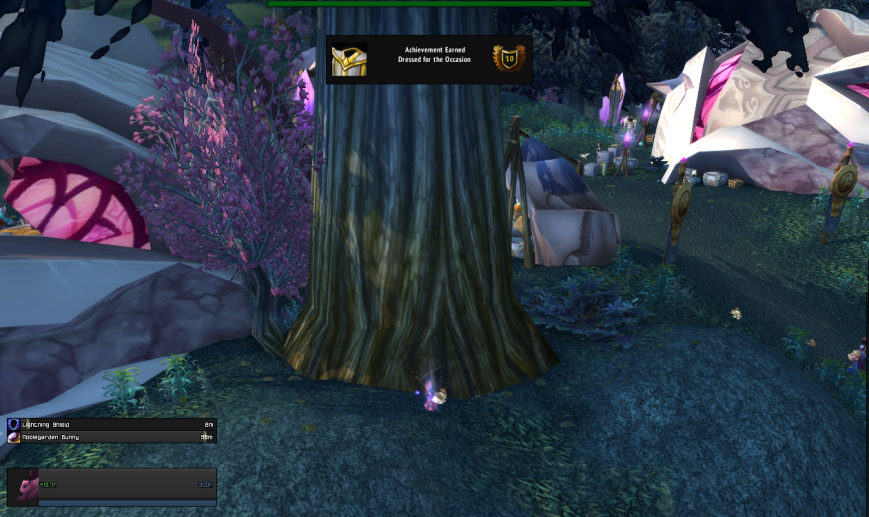 My goal was enough Noblegarden Chocolates to buy the Swift Springstrider and whatever items I needed for the other achievements, but luckily, I only needed the 500 for the mount and another 100 for Chocoholic, since all the other items came to me in eggs – namely the Spring Flowers.  In fact, even though I already had one, and Sugar accompanied me while I searched for eggs, I received numerous Spring Rabbit’s Feet from eggs as well.

Oh, I also had to buy one Brightly Colored Egg… 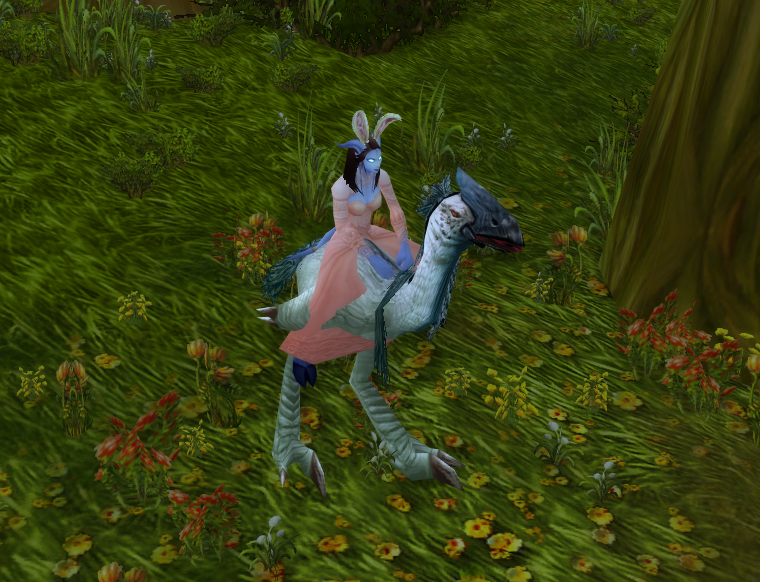 After all that chocolate farming, it was time to jump onto Lazheward, who did some more farming for me.  All I wanted was a Blossoming Branch and an Elegant Dress, which he got enough chocolates for fairly quickly.

Ironically… Laz also got a Swift Springstrider from an egg!  Which I plan to sell soon, now that the holiday is over.

So I grouped up Effy and Laz, and set out to finish off my achievements. 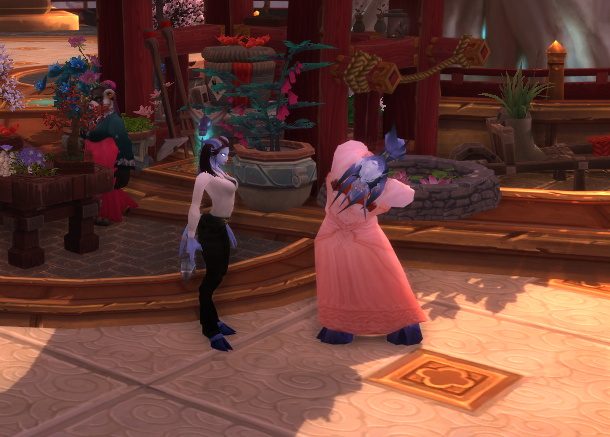 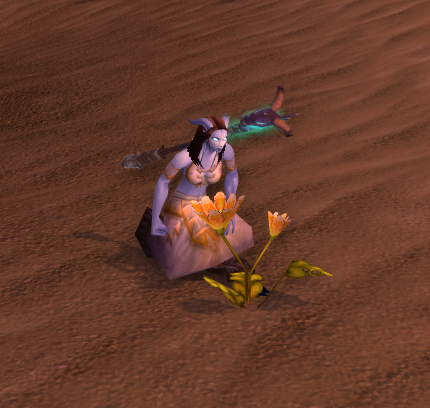 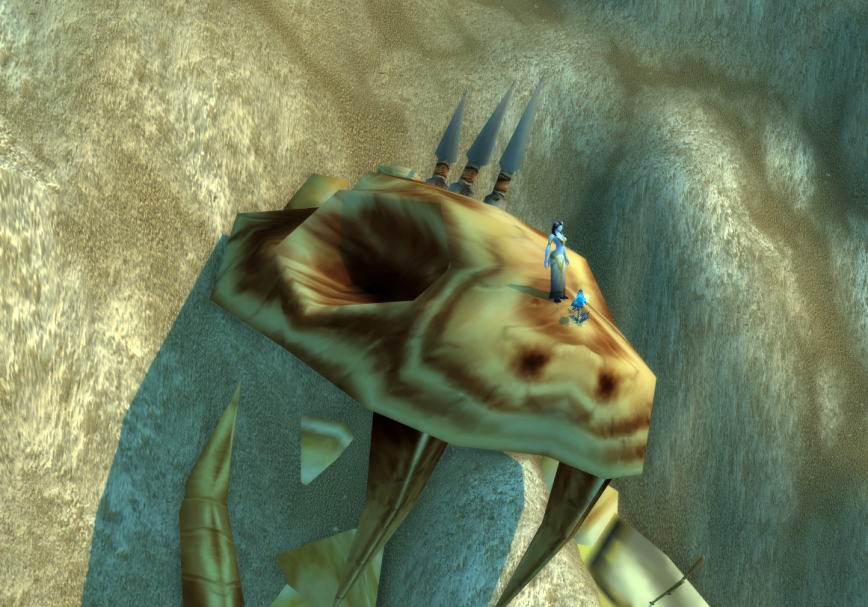 Then, I headed off to Kharanos, which was the only Noblegarden hub I had not visited yet… 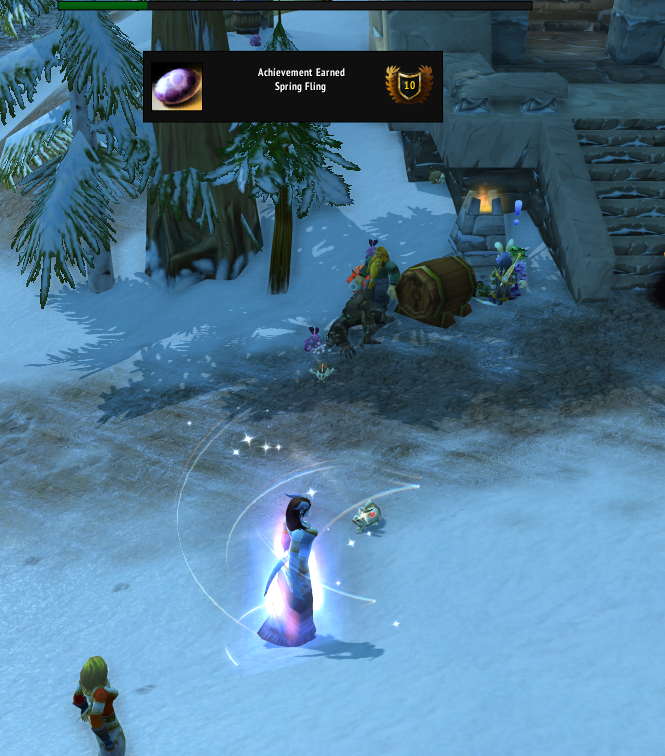 I had snagged a few Alliance females for the Shake Your Bunny-Maker achievement, but I was missing a lot.  I figured it best to get the Horde females out of the way first.  I created a tiny Orc, until I was reminded that the achievement states Level 18 or higher.  Really??  So I headed over to Orgrimmar.  There were crowds of people – both Alliance and Horde – but finding the females of the races I needed was proving tough.

It was then that Amo asked me to go do some battlegrounds.  He said I would be more likely to find my Horde players there.

So I went, and we did half a dozen battlegrounds with me wielding my Spring Flowers.  Surprisingly, it was not until our last one that someone even noticed.  heh

Oops, now it is out that I do not PvP very much.  lol

I was still missing some for my achievement, but a few people had to log off.  So I continued to hover around Orgrimmar for far, far too long.  There are so few Orc females…

But I finally got all the Horde I needed, and headed back to Alliance territory to finish up my achievement.

In the end, it was lil Priest, Brizaeyl, who assisted me in completing the achievement. All in all, the Noblegarden achievement took me the better part of two days.  And now I know why I have been putting it off.  lol

One exciting thing that did come from this past week’s holiday was my invitation to appear in a guild group shot with Finalflame’s guild A Small Army.  I jumped onto my tiny toon, Aerora, over on Auchidoun and met them all in Kharanos.  (It is possible this was all done while I was tanking LFR Terrace with DK-Effy…  I admit nothing.) 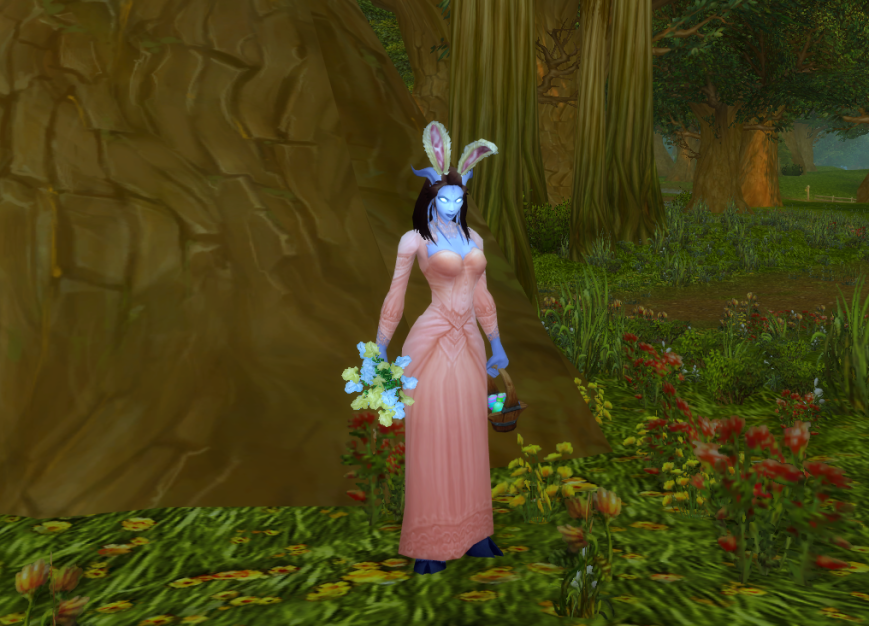 2 thoughts on “Effraeti, the Noble”