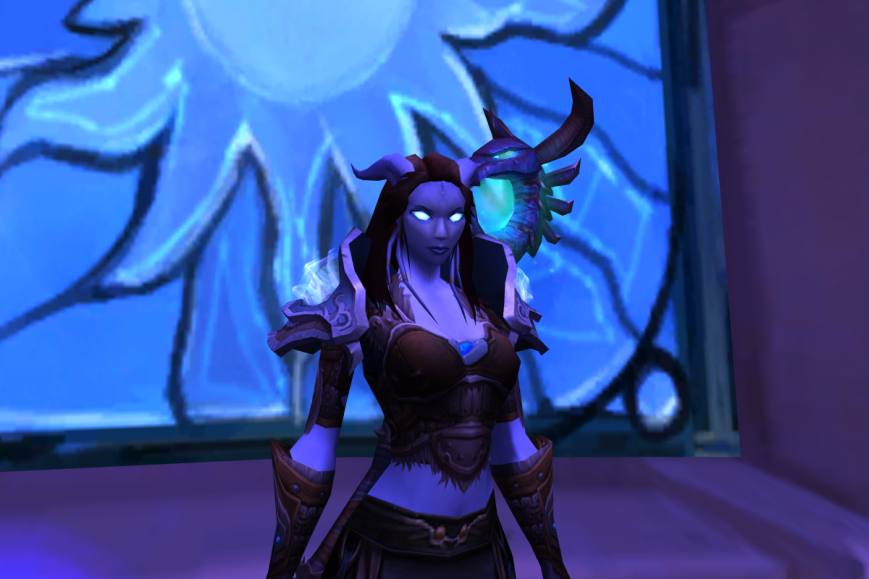 Sorry for being so negligent of my blog.  My web coding class started out far more complicated than I intended, and up until about Monday, I was unsure about how successful I would even be.  The knowledge gap between Web Coding I and Web Coding II was huge, and I spent many, many hours working on my first two projects.  Luckily, I feel caught up now, and I have next week off from school.  So though I do not feel I need it, I have two weeks to do my next web coding project.

I want to write.  I have ideas for posts.  It is simply a matter of butt to chair in front of the computer and writing.  Well, and doing so at a time when I am not overwhelmed with homework and studying for tests.

The cool part?  This is my first blog post on my new laptop!  😀

Strangely enough, considering all of post ideas rattling around in my brain currently, the inspiration for this post came to me literally moments ago, while reading a great post on Fantasy Faction about archetypes and stereotypes.  So I have decided to mix the ideas that article inspired with a post I already had in mind, and write something about creating characters for your stories.

There are all kinds of different techniques for writing interesting story characters.  While making sure I was not missing anything, I came across this piece, which gives some good thought-provoking questions to help start the process of building a character.

Personally, I find the most effective way to write character is to borrow them from real life.

I find it to be almost impossible to create a flat character when I use a real person as the basis.  Why?  Because the character’s profile is already written – it is already deeply ingrained into my head.  I know their personality, their mannerisms, their morals, their quirks, their hopes and dreams.  Because even though I may put the characters into situations that are foreign, I know their actual personality, and therefore I have a very good idea of how they would respond to certain situations.

The Adventures of Tom Sawyer, by Mark Twain – First appearance of Huckleberry Finn:

Shortly Tom came come pon the juvenile pariah of the village, Huckleberry Finn, son of the town drunkard.  Huckleberry was cordially hated and dreaded by all the mothers of the town, because he was idle and lawless and vulgar and bad – and because all of their children admired him so, and delighted in his forbidden society, and wished they dared to be like him.  Tom was like the rest of the respectable boys, in that he envied Huckleberry his gaudy outcast condition, and was under strict orders not to play with him.  So he played with him every time he got a chance.  Huckleberry was always dressed in the cast-off clothes of full-grown men, and they were in perennial bloom and fluttering with rags.  His hat was a vast ruin with a wide crescent lopped out of its brim; his coat, when he wore one, hung nearly to his heels and had the rearward buttons far down the back; but one suspender supported his trousers; the seat of the trousers bagged low and contained nothing, the fringed legs dragged in the dirt when not rolled up.

Huckleberry came and went, at his own free will.  He slept on the doorsteps in fine weather and in empty hogsheads in wet; he did not have to go to school or to church, or call any being master or obey anybody; he could go fishing or swimming when and where he chose, and stay as long as it suited him; nobody forbade him to fight; he could sit up as late as he pleased; he was always the first boy that went barefoot in the spring and the last to resume leather in the fall; he never had to wash, nor put on clean clothes; he could swear wonderfully.  In a word, everything that goes to make life precious that boy had.  So thought every harassed, hampered, respectable boy in St. Petersburg.

Perhaps it had something to do with living in a dark cupboard, but Harry had always been small and skinny for his age.  He looked even smaller and skinnier than he really was because all he had to wear were old clothes of Dudley’s, and Dudley was about four times bigger than he was.  Harry had a thin face, knobby knees, black hair, and bright green eyes.  He were round glasses held together with a lot of Scotch tape because of all the times Dudley had punched him on the nose.  The only thing Harry liked about his own appearance was a very thin scar on his forehead that was shaped like a bolt of lightning.  He had had it as long as he could remember, and the first question he could ever remember asking his Aunt Petunia was how he had gotten it.

“In the car crash when your parents died,” she had said.  “And don’t ask questions.”

Don’t ask questions – that was the first rule for a quiet life with the Dursleys.

There were several others, but you get the idea.

Jas said that a good character introduction should cover as many of the five senses (sight, sound, touch, smell, and taste) as possible.  It should make your character stand out in such a way that you would easily pick them out of a crowd.  It should make him/her three dimensional.

But most importantly, when you find yourself stuck – when writer’s block strikes – writing a character profile can get the creativity flowing once more.  So not only do you finish the task with a better idea of who your character is, but you might find yourself ready to write them into their next big scene.  And that is ultimately the goal in any writing exercise.

To start, the character profile can be a stream of consciousness, a brain dump, a free write – whatever you prefer to call it.  Just write down anything that comes to mind, whether it is complete sentences or fragments, fully formed visuals or just pieces.  Most importantly: be specific and use vivid details.

So technically, I have already written a number of these.

“Haughty” is the first word that comes to mind upon seeing this Draenei female, a term that seems foreign in regards to many of her race.  However, on a moment’s further inspection some of the reasoning behind this odd temperament coming from one of such honorable and cheery kin becomes more clear.  Though her complexion is smooth and unblemished, the wicked cast of her glowing, pupil-less blue eyes more clearly reveals the nature of her being – she is an undead.  The blade she caresses, almost anxiously, bears the marks of numerous pulsating runes, the symbolic mark of one who was formerly a hapless thrall to the Lich King.  She is a Death Knight.

But no reason for that to stop me from writing some more.  I think my next goal is an RP/character introduction for my Monk, Ireenia.

Writing profiles can also be a good idea for characters you draw from real life.  You can never define a character in your own mind too much.

Creating characters from real life and fully fleshing them out with a detailed character profile is a good way to make your characters original and interesting, but you still have to be careful of letting them slip into the realm of overdone cliches.  Some examples of these are the wise old wizard, the gentle giant, the reluctant hero, the Paladin, and the Black Knight, as well as many others that can be found on this big list of stock characters.

How do you keep your character from becoming a cliche?  Personality quirks seem to be the most agreed upon solution.  By that, I mean at least one “twist” to the character’s personality that makes them unique – a limp from an old injury, a personality contrary to the stereotype (ie. a comedic warlock), a superfluous eyepatch, or even a legitimately absent-minded mage (because she has Old God voices in her head).

Basically, a good rule to write by in regards to characters is similar to that used with writing itself: If you have seen it done before, it has probably been overdone and you should take a different path.

In closing, I came across an opportunity while researching and writing this post on Fantasy Faction.  I am trying to decide (1) if I have the time to devote to another project and (2) if I have the skill to apply for a project of this sort.  Hmm.  I suppose the first step would be to come up with a good article.

2 thoughts on “On Writing: Giving Your Writing Character”