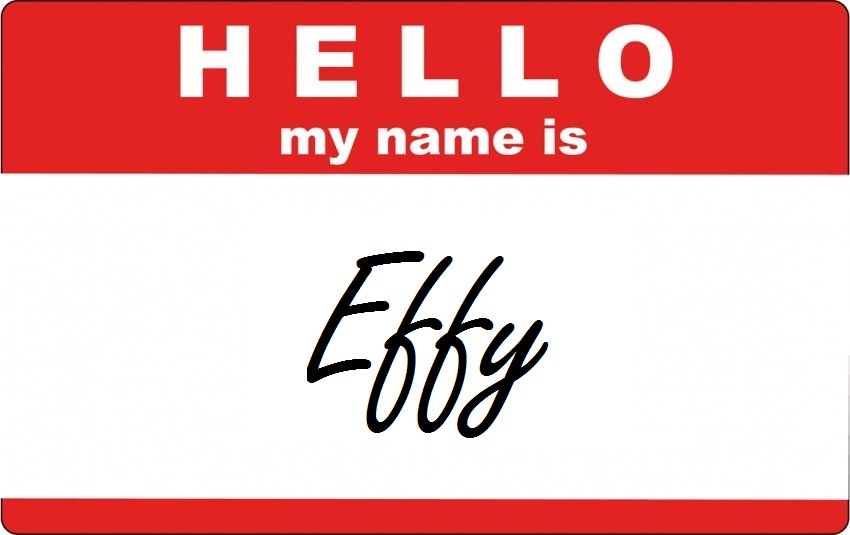 A short time ago, I wrote a post asking for some advice about possible pen names.  That post left me with as many questions as answers.  It may not seem obvious on the blog, but I have been thinking about it a lot since.

I think I have come to a decision.

But first, I wanted to share the progression of my identity going as far back as I have been creating – both writing and drawing.

First, it was my initials, JKR, that I doodled in the corner of drawings and on the bottom of sculptures in art class.  (Does it date me that we still had art class when I was in elementary school?)

For a short period, I used just JR to sign my work.  But I was never fond of its resemblance to “junior.”  So that was short-lived.

As a joke, I used the initials RAR for some time in middle school.  It is kind of a long story, but the condensed version: It would have been my initials if I had been born a boy, because my father wanted to give me his name.  Apparently, he got over that by the time my brother was born.

My longest running childhood nickname was James, and I wrote it in a stylized form on all my work.

Then, there was the high school signature that followed me to adulthood.  I still use it instead of my initials on everything from work to official documents.  It started as J-me, but was soon shortened to just Jme, which is how I sign it instead my initials.

When I first started making a presence for myself online, I started with the handle Littlegirl.  I did it mostly as a joke to annoy my then-boyfriend, who argued it would attract every internet predator in the world (which it never did – maybe it was TOO blatant).  But somehow it stuck with me for a number of years.

Online gaming required a more avatar-driven name, and for many many years, my avatar was Rosaelyn.  In fact, I still keep that name for alts.  She was my original Druid, and is now my Hunter.  Rosaelyn as my nickname began way back in Asheron’s Call.

It was not until I started playing WoW that I took on Effraeti as my main avatar name.  Prior to that, it had been only an alt name.  At first, I only did it because I had already named my Druid Rosaelyn.  But my Shaman was my favorite before I even created her – being a Draenei and a Shaman, she was perfect.

And having people call me Effy quickly became very comfortable…

Effy has stayed with me for about four years now, and somehow it seems more me than any nickname before it.  It has become my writing pseudonym in addition to being my WoW avatar.  I probably never would have thought to try and use it professionally without the coaxing of my Creative Writing teacher.  In fact, I would not have thought to seek publishing for any of my work – I was content to leave it all here on my blog.

But now…  I want to be Effy in a more professional sense.  And I think I have figured out how.

With some help from my real name, Joe, and my mom, I have put together a pen name:

Effy = “well-spoken” or “melodious talk”  (Which I did not even know when I started going by that nickname!  Thank you baby name finders.)

J = I thought “Effy Roan” seemed like too few syllables, and J is for Jamie!  🙂

I think it is very original and memorable.  I do not see it getting mixed up with another writer.  And Effy is so easy to say and remember.  I already like it.  But I am curious what you all think?

My goal is start branding myself better – watermarks for my pictures, a new header for my blog, and expansion of the dark blue of my blog’s color scheme.  But first, to finalize my writing name.  Then, I hope to make it official by filing a DBA.

What do you think of my new proposed pen name Effy J. Roan?